This article explains how to configure product modifiers and groups of modifiers using Backoffice.

Modifiers allow you to easily tailor products for customers, such as the type of milk they want in their coffee.

Modifiers are grouped together in “modifier groups” to allow for quick and easy ordering. For example, the modifier group “milks” may include the following modifiers: skimmed, semi-skimmed, almond and soy.

Using modifier groups allows you to keep your product list to a minimum as there’s no need to present staff with a long list of the same product featuring slight variations.

For example, instead of: latte skimmed | latte semi-skimmed | latte soy | latte almond, you simply add latte and offer the choice of milks in a modifier group. Presenting staff with a smaller list of products from which to choose not only keeps the POS tidy making it easier to select products, it also reduces the chance of errors creeping into orders.

For example, you want to create an option group called “Milks” containing different milk options (skimmed, semi-skimmed, almond and soy). Before you can create this option group, you need to have added the different milks as products. For more information about creating products, see the Products FAQ.

To create a modifier group:

After you’ve set up modifiers and modifier groups using Backoffice, you can see these displayed in the POS app.

To see a modifier group on the POS app: 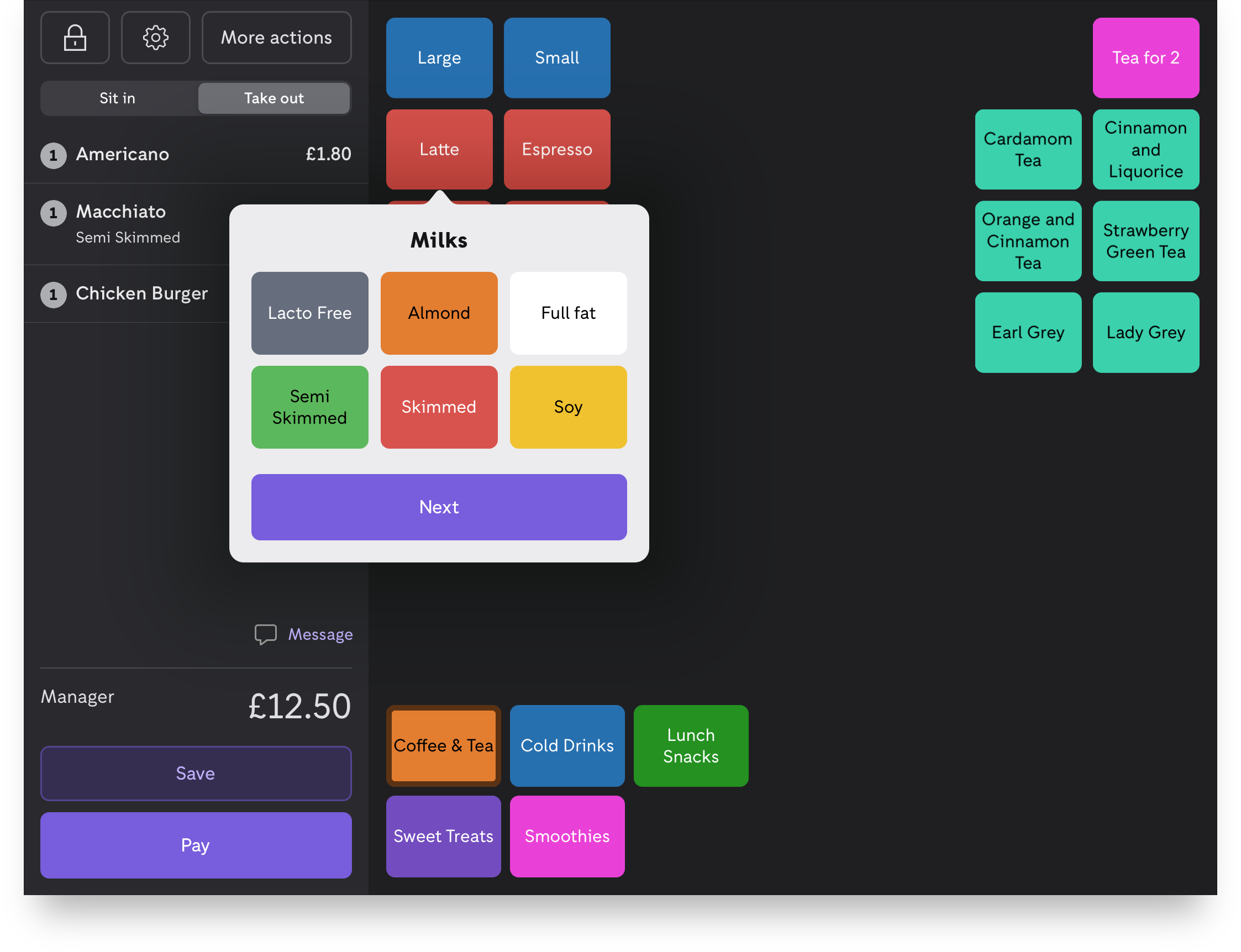 Was this article helpful?

Can't find what you're looking for?